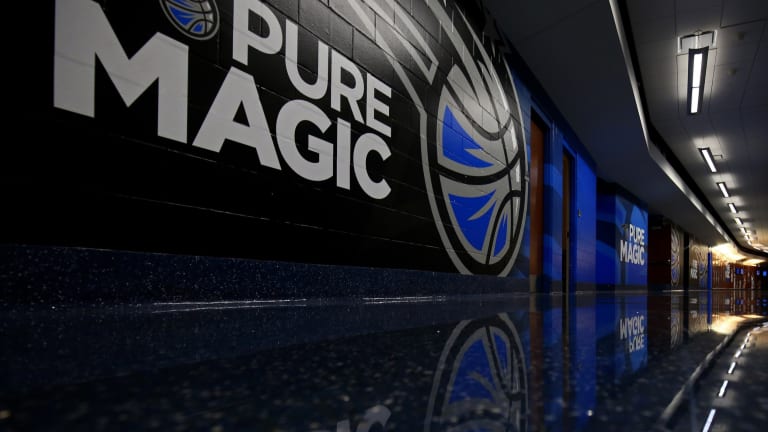 Andrew Nicholson, who has played for the Orlando Magic, Washington Wizards and Brooklyn Nets, has signed with the Bay Area Dragons in the East Asia Super League.

The East Asia Super League also made the announcement from their Twitter account. East Asia Super League: "Andrew Nicholson (@nicholaf44) and Myles Powell (@YDWILU) are joining the Bay Area Dragons These ex-NBA Players are ready to embark a new journey in Asian basketball as they join the Dragons to compete in the East Asia Super League tipping off this October 2022." Nicholson played his college basketball for St. Bonaventure, and he was the 19th overall pick by the Magic in the 2012 NBA Draft.  He spent the first four seasons of his career with Orlando, and spent 247 games playing for the franchise.  With the Magic, he averaged 6.5 points and 3.2 rebounds per game, and he started in 36 games. After the Magic, he spent one season playing for both the Washington Wizards and Brooklyn Nets.

He played 28 games for the Wizards and ten games for the Nets. His career averages are 6.0 points and 3.0 rebonds per game on 46.7% shooting from the field. The last few seasons he has spent playing overseas (his last year in the NBA was 2016-17). Therefore, at 32-years-old his NBA career is more than likely over, but he has had a good professional career. Sometimes player who are on the cusp of playing in the NBA can actually make more money overseas than playing on a minimum deal or the G League.