Goorjian to be Dragons' foundation coach in new Asian league 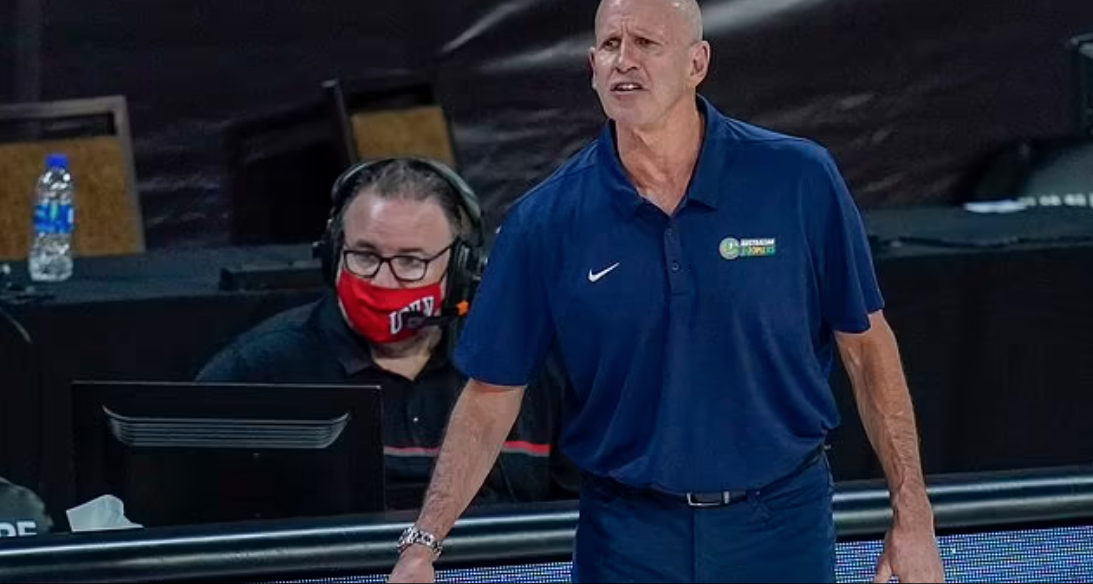 BRISBANE, Australia (AP) - Brian Goorjian's next adventure will be to build a team from the ground up after signing a two-year deal to be foundation coach of the Bay Area Dragons in the new East Asia Super League.

Goorjian is the most successful coach in Australia´s National Basketball League with six championship titles, and also guided the Boomers, the national men´s team, to their first Olympic medal with a bronze in Tokyo last year. That medal was also a first for the Asia Pacific. He also spent more than a decade coaching in China and worked with the national teams there and in Japan before returning to Australia for a two-season stint in the NBL with the Wollongong-based Hawks, which ended May 1 in a semifinal playoff loss to Sydney Kings. The Kings went on to clinch the title on Wednesday, a day before the Dragons announced the high-profile coach's next assignment.

"It´s the direction of basketball in this region," Goorjian said of the EASL, which will feature the winners and runners-up from the Japanese, South Korean and Philippines leagues as well as the champions from the Taiwanese league and the Dragons in a home-and-away format. Joining the new league".

The Dragons will be based in Manila for their debut season and compete in the Philippines league as well as the eight-team pan-regional EASL that is set to launch in October. Travel-related obstacles during the COVID-19 pandemic meant it was too difficult for the Dragons to play out of Hong Kong in Season 1. The 68-year-old Goorjian, originally from California, will be busy, continuing to coach the Boomers in international competitions and working on recruitment for the Dragons, who will have a roster of free agent players from China, Hong Kong, Macau and Taiwan as well as two foreign imports.

"This initial group is really important: the culture of it, how they train," he said. "We want to put something really exciting on the floor this first season so that we´re attractive down the road. "I´ll have control on recovery, rehab, culture, training patterns, style of play. I mean, it´s totally in my wheelhouse. I´m really excited about that opportunity, because I have a strong opinion." EASL chief executive Matt Beyer said Goorjian's experience and success was an asset to the league. "Coach Goorjian has an unbelievable background as the winningest coach in Australian (basketball) history. He´s also deeply engrained in Asian basketball," Beyer said. "Without a doubt, he´ll turn the Dragons into a powerhouse." As well as vast experience in national leagues and the international level - Goorjian is a six-time coach of the year in Australia and was the first foreigner to win that accolade in China when he won it 2013-14 - what Goorjian brings to teams is plenty of energy and passion. "We want to be entertainment to the eye," he said. "That´s the way the game is played now. "I love a lot of these teams when you go to Asia, it´s a brand of that region - The Philippines is a tough, strong guys that like to play hard on the defensive end and like to get up and down. My short time in Japan was similar. China is very high scoring . . . getting up and down the floor, playing a style of basketball that´s attractive to the eye."

As well as being a showcase for local talent, the league will give Asian players access to more international travel for away games and, Goorjian said, will offer "the additional piece that's required" to accelerate the development of the game. "They need that kind of experience like they have in Europe," he said. There's plans to expand the league, potentially giving the leading clubs from the Chinese Basketball Association access to the international competition. For now, Goorjian said, "The Bay Area Dragons, we´re going to be that team that leads the way, gives those young Chinese players an opportunity. The competition will see that." Another thing they'll likely keep seeing is Goorjian pacing the side of the court, maintaining the high-energy approach to coaching that have been hallmarks of his time in Australia and got a good reception in China.

"Most of my energy - my mindset is always to be like you are at practice - it´s not about screaming at the referees, but you can shout instructions, interact with your players, walk up and down the sidelines, touch, point, feel," he said. "I enjoyed that aspect and the environment in China and in my time in Asia. I could be natural. I could be me. I´m looking forward to that again."