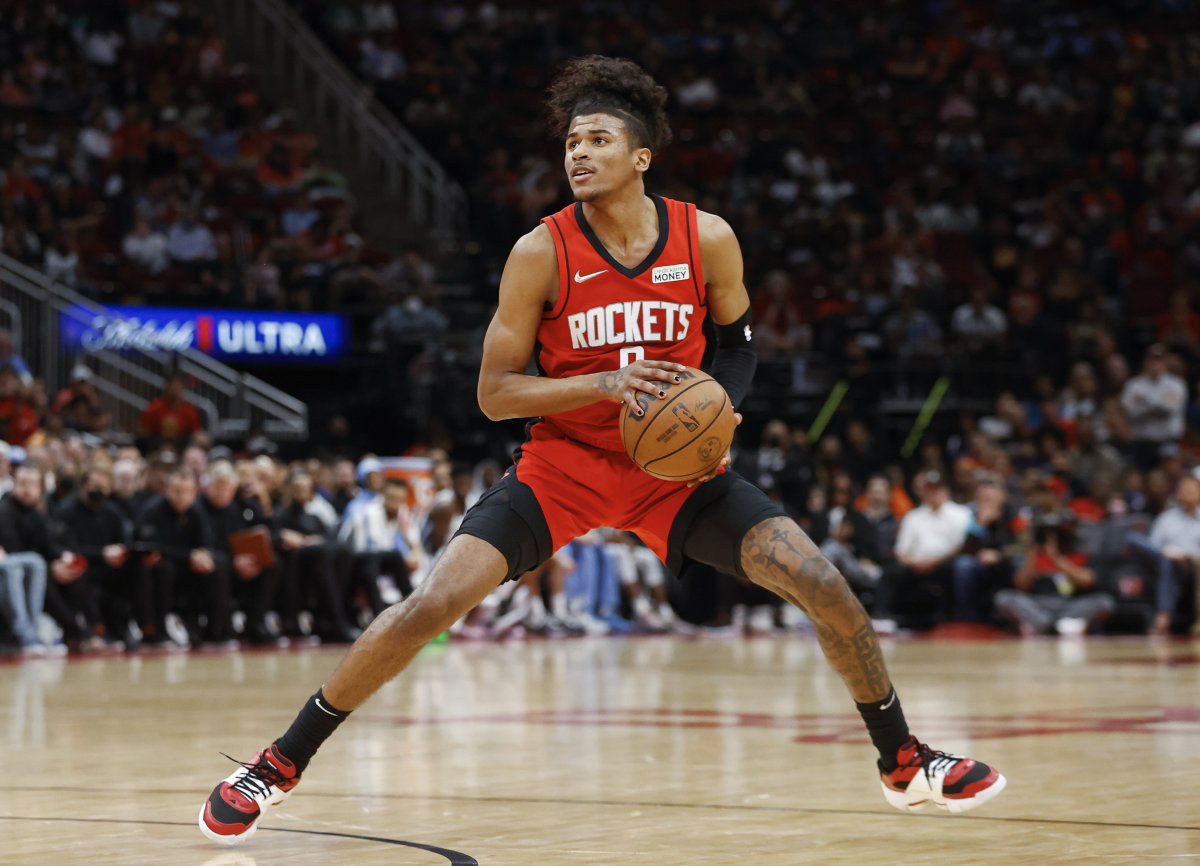 BRISBANE, Australia (AP) — Before Jalen Green joined the Houston Rockets, becoming the highest-drafted Asian American player in the NBA, he’d already experienced close up how passionate the people of the Philippines were about the game he loved to play.

It’s part of the reason he’s partnering with the new East Asia Super League as an ambassador, joining the likes of Baron Davis, Metta World Peace and Shane Battier. The eight-team, pan-regional league will launch in October and feature the winners and runners-up from the Japanese, South Korean and Philippines leagues as well as the Taiwanese champions and the Bay Area Dragons, a roster of players from across greater China based in Manil a for Season 1.

Green, who grew up in California with his Filipino mother, Bree Purganan, already had a big following before he was selected second overall in the draft and made the NBA’s All-Rookie team for 2021-22. He played for the U.S. in junior international tournaments, and he got a glimpse of the game in the Philippines during a trip to Manila in 2019. “The love and support from the Philippines ... that experience opened my eyes to just how much basketball means to the country,” Green said. “In the Philippines, they call me ‘idol.’ That could make him the next big thing.

The country’s most legendary sporting export, former world champion boxer Manny Pacquiao, is a big basketball fan and has met with Green. “He’s a competitor, and the sport isn’t just a career to him, it’s his way of life,” Green said of the lessons he’s taking from Pacquiao’s approach to professional sport. “That’s the type of mindset you must have to be the best at what you do. That’s the ultimate goal, to be the best.” The Rockets already have a big fan base in Asia, with the eight seasons that Yao Ming spent with Houston raising the sport’s profile exponentially in China. The domestic leagues have grown, and now the home-and-away regional league will further enhance basketball’s development in the world’s most heavily populated continent. “I want to be an inspiration for the next generation of hoopers in Asia and elevate the game in the region,” Green said. “I see East Asia Super League as the gateway for Asian players to make it to the NBA.

“It’s going to bring a different dynamic to the region ... this is something Asian basketball needs to get to the next level.”

East Asia Super League chief executive Matt Beyer said the collaboration with Green, who will feature in marketing, behind-the-scenes content and make appearances, would be “highly synergistic.” “Jalen Green is the top Asian heritage NBA star and holds a deep understanding of the marketplace, while being loved by fans in Asia,” Beyer said. “He also cares deeply about the sport and believes that helping elevate the game in Asia is part of his legacy. (He) now has a new way do that.”